Think Gaming is Only for Kids? Think Again!

Think Gaming is Only for Kids? Think Again!

Remember playing games in the 90s? Of course, you do, it is one of the coolest things these days. Identifying yourself as a 90s kid, being a part of a whole generation that saw the world-changing right in front of their eyes. Everything from VCRs to CDs to DVDs to Smartphones and the latest of them all, the Virtual Reality, everything happened right in front of us. We witnessed the birth of the Internet, the computers shrinking down and crawling into our pockets.

But while all of this was happening, while all the geniuses were working on making life easier, some were also involved in making it more interesting. And boy did they succeed?

Not hardly two years ago when a certain shooting game popped into our lives. Whether you like it or not, whether you play it or not, PUBG has touched your life. You were most probably hiding under a rock all your life if you don’t know about a certain Italian plumber saving princesses from Bowser. Who knew at the time that Mario will one day grow up to be at a net worth of $1 billion? Collecting all those gold coins finally paid off for the little guy.

Apparently, the Gaming Industry has a net worth of $139 billion, and that’s more than Film, Music, NFL, NBA and MLB combined! All of these together form an industry worth $99 billion. Still, think it’s a waste of time? 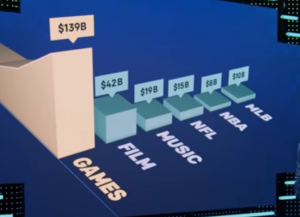 An argument can be made at this that it’s the developers and the gaming companies making the big bucks. You only need to log onto YouTube to win that argument. There are thousands of streamers out there, thousands more on Twitch, which has a recorded 15 million daily unique visitors (Business Insider). 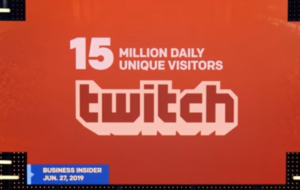 You need to only look at the industry’s growth to find out where this attraction is coming from. 20 years ago, Mario was a 2-dimensional Italian guy hitting rocks with his head. 10 years ago Lara Croft would walk around in a world of her own making way for more 3D games to come. This is only the tip of the iceberg, only one Genre of gaming “Adventure”. From NFS in the early 2000s to GTA V today, the graphics and controls of racing games pale in comparison to what they are now from what they were only 4 years ago. Think your game is getting too easy? No problem! Just throw in a mini puzzle game in the overall story and you’re set.

It hasn’t even hit its full potential yet. VR games today, are at a stage where Mario was in the 90s. VR provides a futuristic, tempting platform for Battle Royales, Online 3D Games , 3D online multiplayer games, MMORPG games, Sports Games, Action game, simulation game, car games, 3d racing game and a lot of other such games.

Although fun and games, pun intended, games have evolved to be a worldwide sensation. People are becoming celebrities with their streaming. Worldwide events are being held for renowned games like PUBG and Fortnite. On 28th July 2019, it was history when a 16-year-old Kyle Giersdorf won the grand prize of $3 million USD in the Fortnite World Cup.

Socially, it is also an uplifting situation. According to the Washington Post, 48% of the gamer are girls. There’s your feminism at its best. It’s not about your gender, it’s about how good you aim in a First Person Shooter. A lot of Girl Gamer have their own YouTube channels. Uplifted as celebrities, talked about in parties, with a huge fan following they make a lot of money showing their racing games skills.

If things keep going the way they do, you’ll soon be buying tickets to watch your sons and daughters showcase their hand-eye coordination in a match on a huge screen in the middle of a packed stadium. Why stop there though? It could be you with a controller in your hands too!